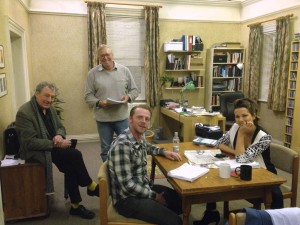 Today Kate Beckinsale has arrived and I get to read the part of fiancé. Well, the lunatic Marine Colonel who thinks he’s her fiancé, who’ll be played by a real Marine Colonel named Rob Riggle. But until then Kate nobly puts up with me leaping through the window and threatening to throttle Simon Pegg, who, as Neil, wants to be her fiancé but finds his talking dog Dennis has come between them.

I also play the sandwich lady during the scene in which Neil’s best friend Ray is turned into a sausage. 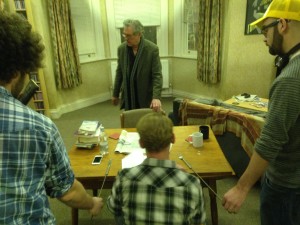 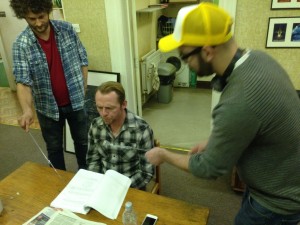 After which comes the entertaining spectacle of the Fork Puppeteers jabbing Simon in the face with very long knives and forks and explaining how they’ve going to allow him to read a book at lightning speed while eating bacon and eggs. It’s all part of those extraordinary powers those aliens have granted him. 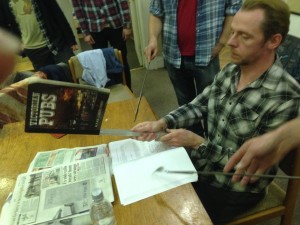 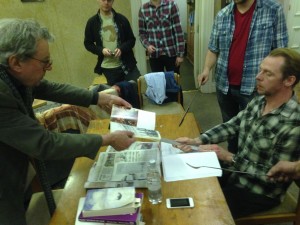 Then the Sanjeev Bhaksar arrives – he’s Ray, the one who was turned into a sausage – and leaps out of a wardrobe onto Kate Beckinsale. He’s hiding in the wardrobe, of course, because Neil has made people worship him, and he’s being pursued by members of his cult. And finally Kate (or Catherine, of course) is beginning to realise what’s going on. 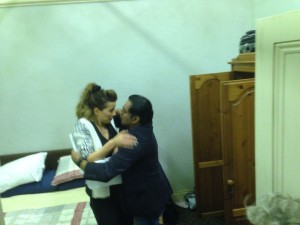