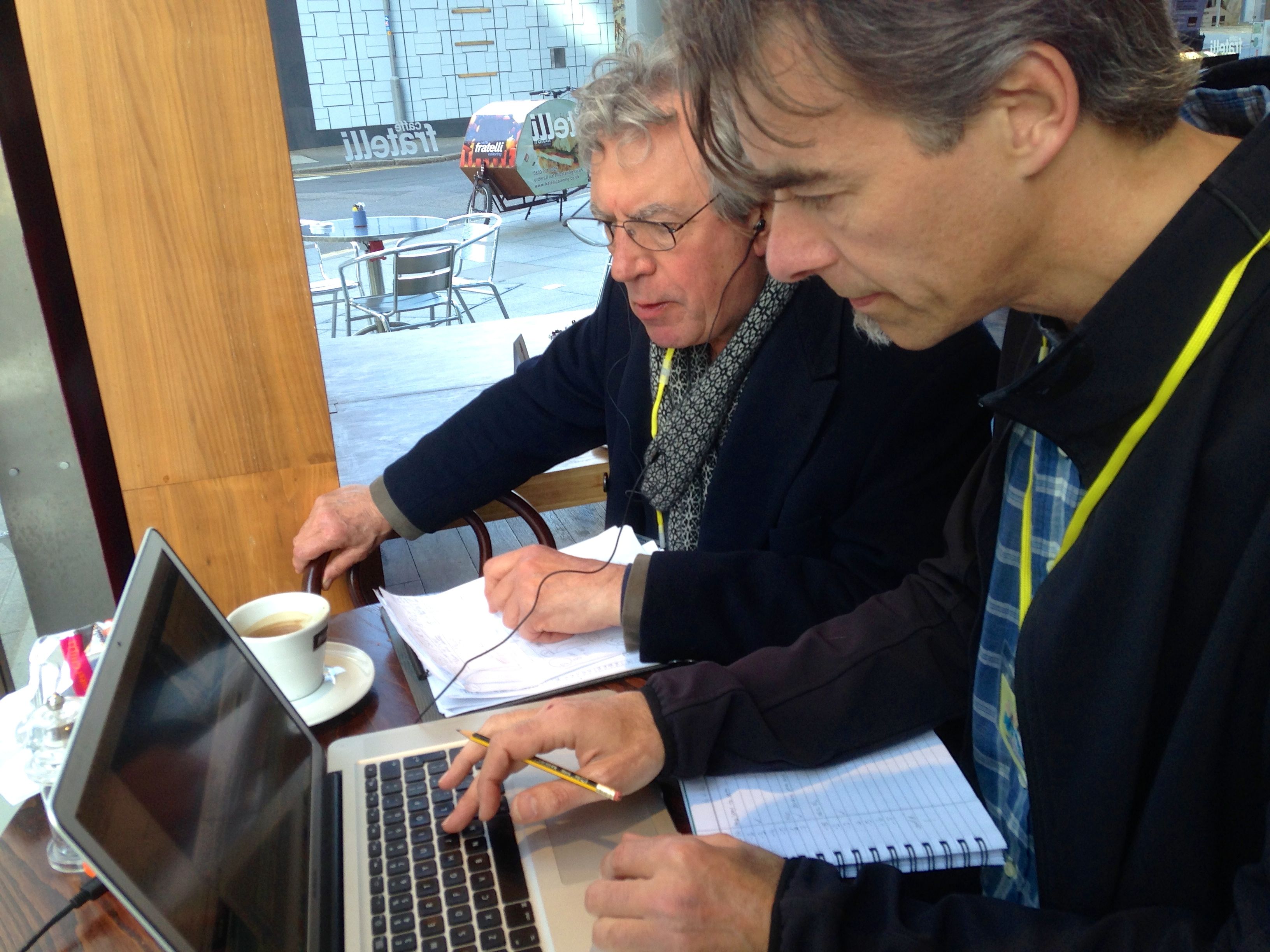 Posted at 09:54h in Absolutely Anything Diary by Gavin Scott 0 Comments
8 Likes
Share

The next location yesterday was in a luxury apartment building just across the river from St Paul’s, which Kate’s lunatic American suitor Grant has rented it as their love nest. 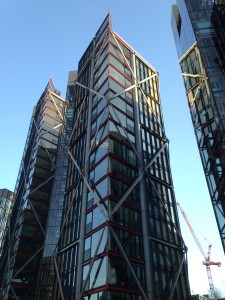 Before we go inside, Terry decides he needs a quiet expresso in the coffee shop opposite. Well, sort of quiet. Production Designer Jim Acheson can see him though the coffee shop window, so he pops in to consult on the strange device he’s building in said apartment with which to torment Simon Pegg …

And our editor, Julian Rodd, who’s normally at our base in the old Ashmount School arrives with rushes so Terry can make decisions about the scenes he’s already shot even while the next scenes are being prepped. Such is the speed of modern film making. 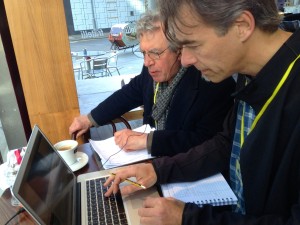 But Terry, who began directing when film was film, and had to be processed with chemicals and hauled around in cans and viewed on editing tables, takes this, as he does everything else, in his cheerful stride, and has time to note how satisfactory the coffee is. 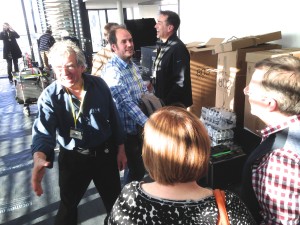 In fact when we go to up the apartment itself, he also has time to say hello to yet more investors. And adjust the strange device for tormenting Simon Pegg of which I spoke earlier. 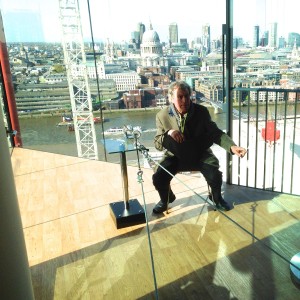 I’m not at liberty to tell you what this device does, and what mayhem it causes in the London police force, but I can give you a clue in this picture of a member of the Art Department elasticating Simon’s gag. Beyond that, my lips are sealed. 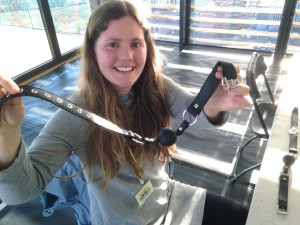 And when the sun starts to set, and the cameras begin to roll, however mad it all is, everything starts to look quite extraordinary. 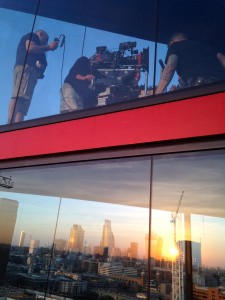