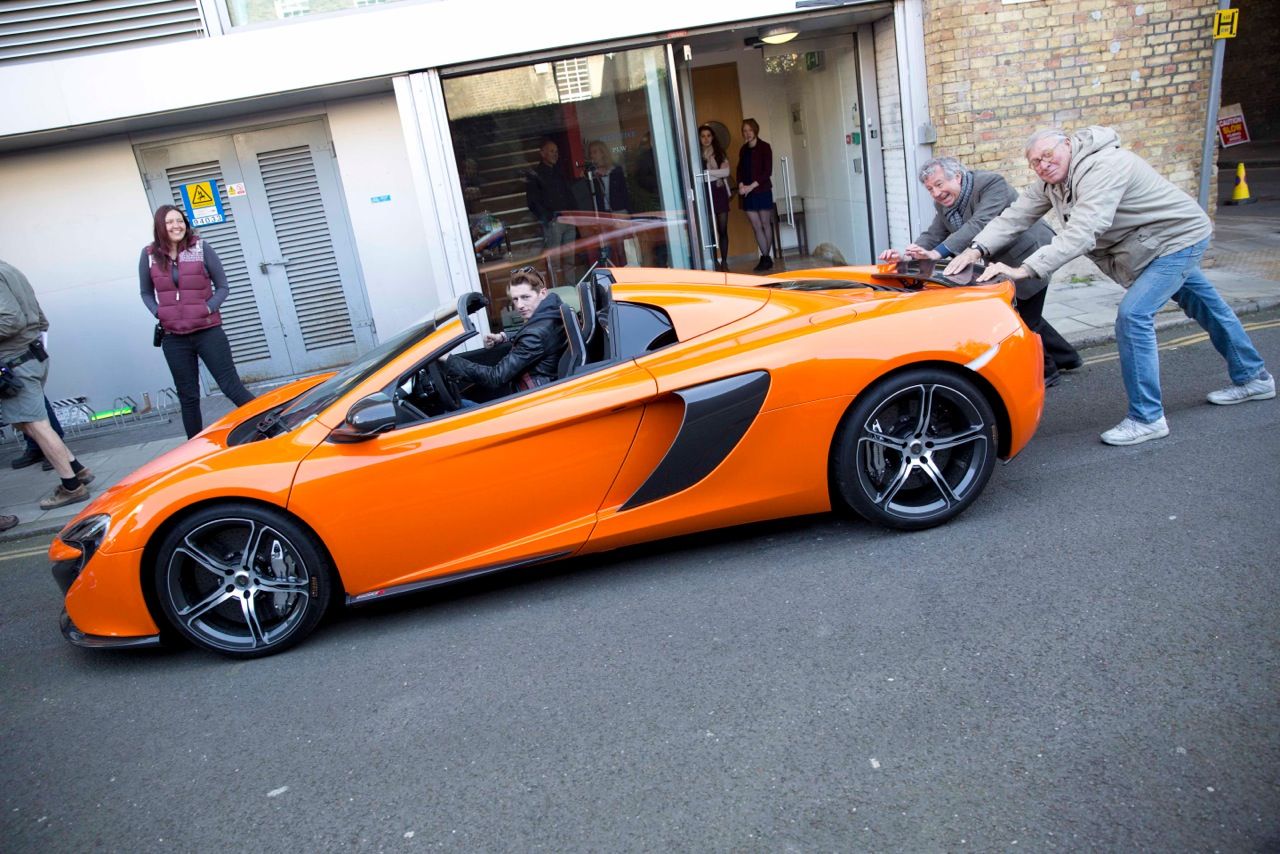 Posted at 09:42h in Absolutely Anything Diary by Gavin Scott 0 Comments
6 Likes
Share 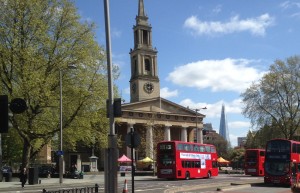 Today we are deep in Old London Town, a few minutes walk from Waterloo station, in a street full of lovely nineteenth century workmen’s dwellings – replete with so many chimneys it feels like the set of Peter Pan. 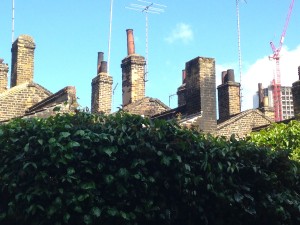 It’s here that Rob Riggle, playing the part of Simon Pegg’s rival for the love of Kate Beckinsale, will try to lure her into his clutches with a sports car that would make your eyes water. (Worth $250,000, and kindly provided by McLarens) 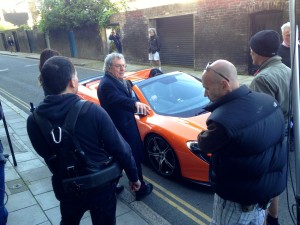 It certainly drew the paparazzi (well, our stars had something to do with that) including neighbours (see man above Terry’s head) who suddenly discovered their back gardens provided a perfect view of the action. The other people on the set were some of those who had actually put money into the film, and in between directing shots, Terry came out to talk to as many as he could, including Jonathan Hammond, Steve Jones, Tony and Gillian Burn, Andy Redmond and people from from White & Company and Ober Private Clients. 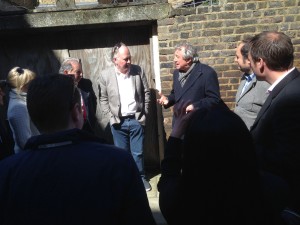 Before he and I put our shoulders to the wheel to get the car into position. Why will they never let the writers drive the stunt vehicles? 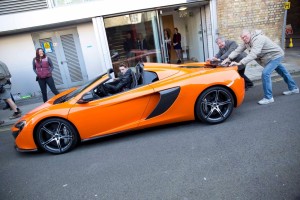