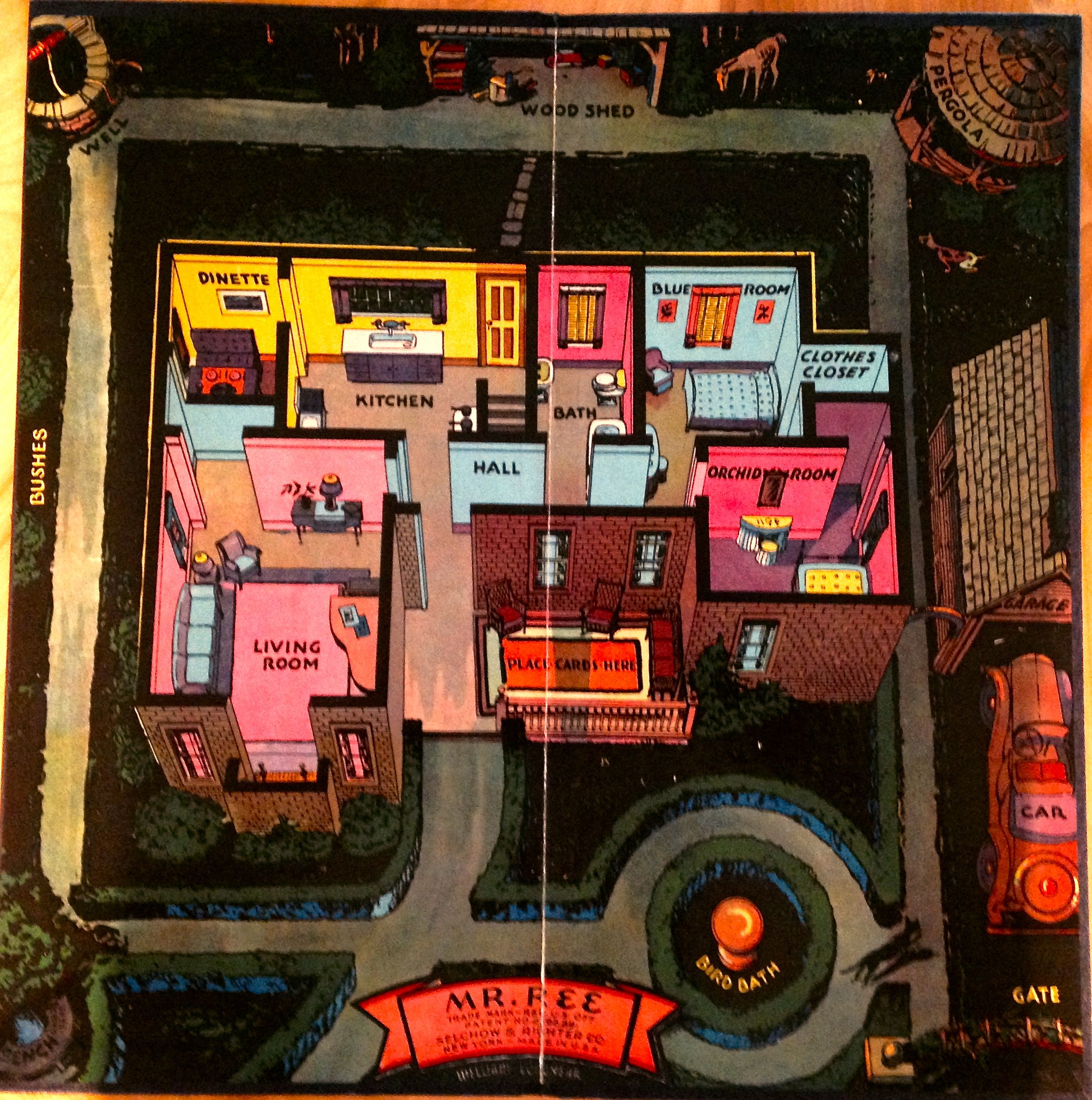 Here’s what boargamegeek.com says about it:

This game is planned to give you all the thrills and excitement of a true detective mystery. More than that, the game gives you an opportunity to play an exciting part in the creation of the plot, and the thrill of actually playing Detective; an eagerly sought opportunity to solve a baffling crime committed right under your very nose. And, amazing as it may seem, the plot is never the same.

Each player assumes the part of one of the Characters in AUNT CORA’S red brick house, and by his actions and positions in the house-hold follows thru with his likes and dislikes of the various persons with whom fate has placed him. The player, represented on the board by a hollow token, roams about inside and outside the house, choosing and concealing weapons with which to commit a crime. The strong arm of the law, in the person of Mr. Ree, is ever present patrolling the grounds surrounding the house. 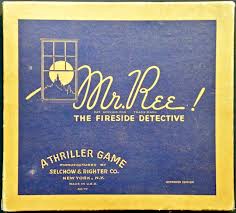