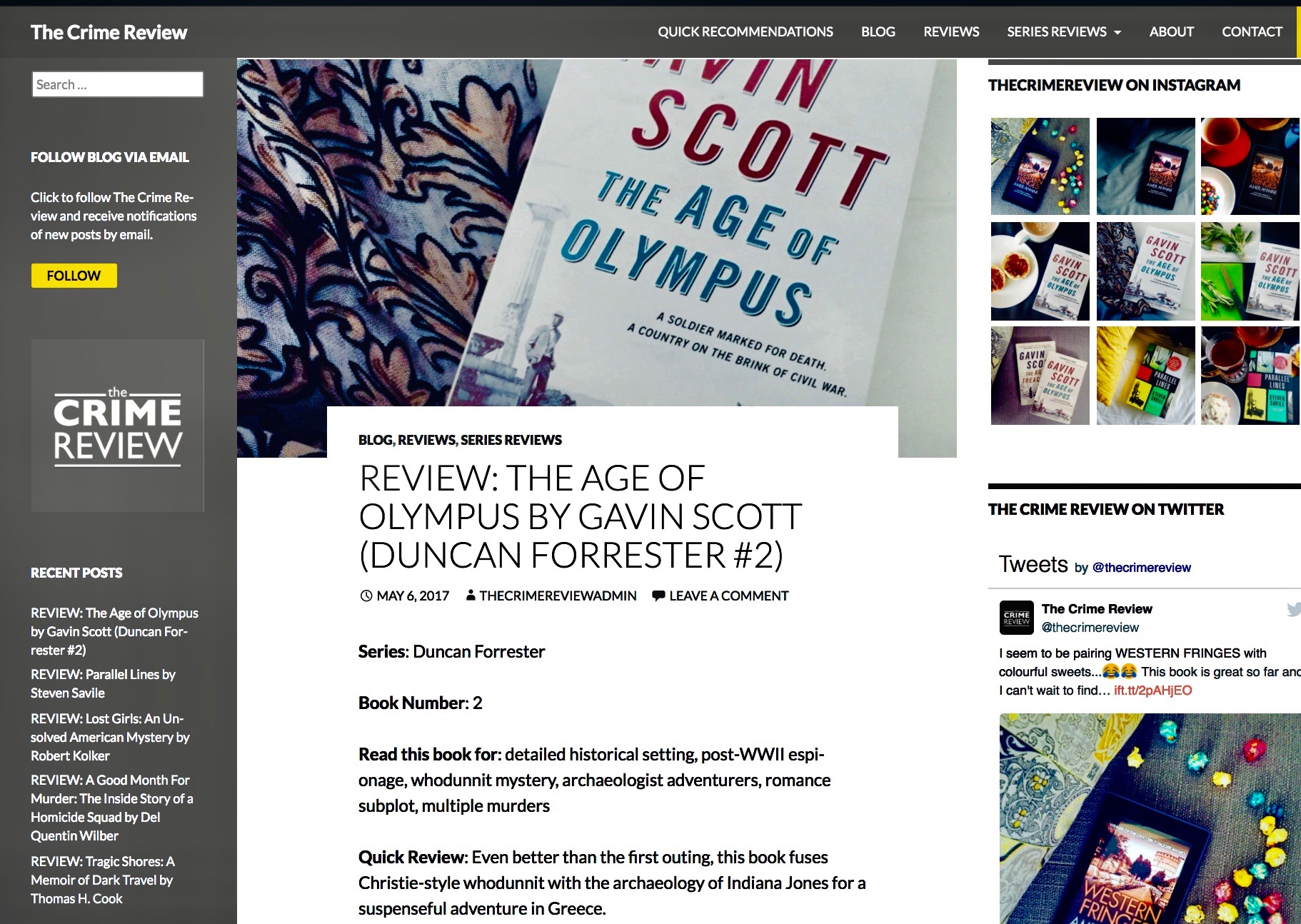 11 May The Crime Review spots the Young Indiana Jones connection!

Title: The Age of Olympus

Quick Review: Even better than the first outing, this book fuses Christie-style whodunnit with the archaeology of Indiana Jones for a suspenseful adventure in Greece.

THE AGE OF OLYMPUS is the SECOND of the Duncan Forrester novels by Gavin Scott, following shortly after the events of THE AGE OF TREACHERY. THE AGE OF OLYMPUS takes Forrester to Greece, where he had spent a portion of the Second World War. Scott fulfills the wish that I was left with at the end of the last novel: to learn more about Forrester’s past.

Scott once again impresses with his grasp of history and his ability to weave it into the story. He does an excellent and evocative job of building a portrait of a beautiful country in transition with underlying turmoil in an attempt to recover from great suffering. He does a wonderful job of describing various gorgeous locations – hidden caves, castles, mountains, fishing villages, islands and more. It felt like he took a bit more license with the locations and history in this novel, which actually makes it a little more relaxed and almost more believable because of it.

This time too, the archaeology is even more fun – it’s reminiscent of Indiana Jones, with the fight against the Nazis, exotic locations, battles over artifacts of great historical and religious significance, and a sense of grand adventure. (After I wrote this, I realized Scott was a developer and scriptwriter for The Young Indiana Jones Chronicles TV series! This makes sense…)

This is a really excellent combination with the Christie-style whodunnit nature of several of the deaths. The majority of the murders take place in some slightly complicated way, with a large cast of characters, who all have their secrets, and who are all under suspicion …This series is getting stronger with each consecutive book, and I can’t wait for the next.

REVIEW: The Age of Olympus by Gavin Scott (Duncan Forrester #2) 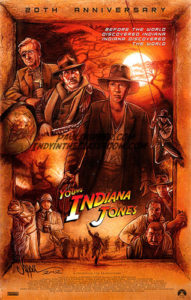