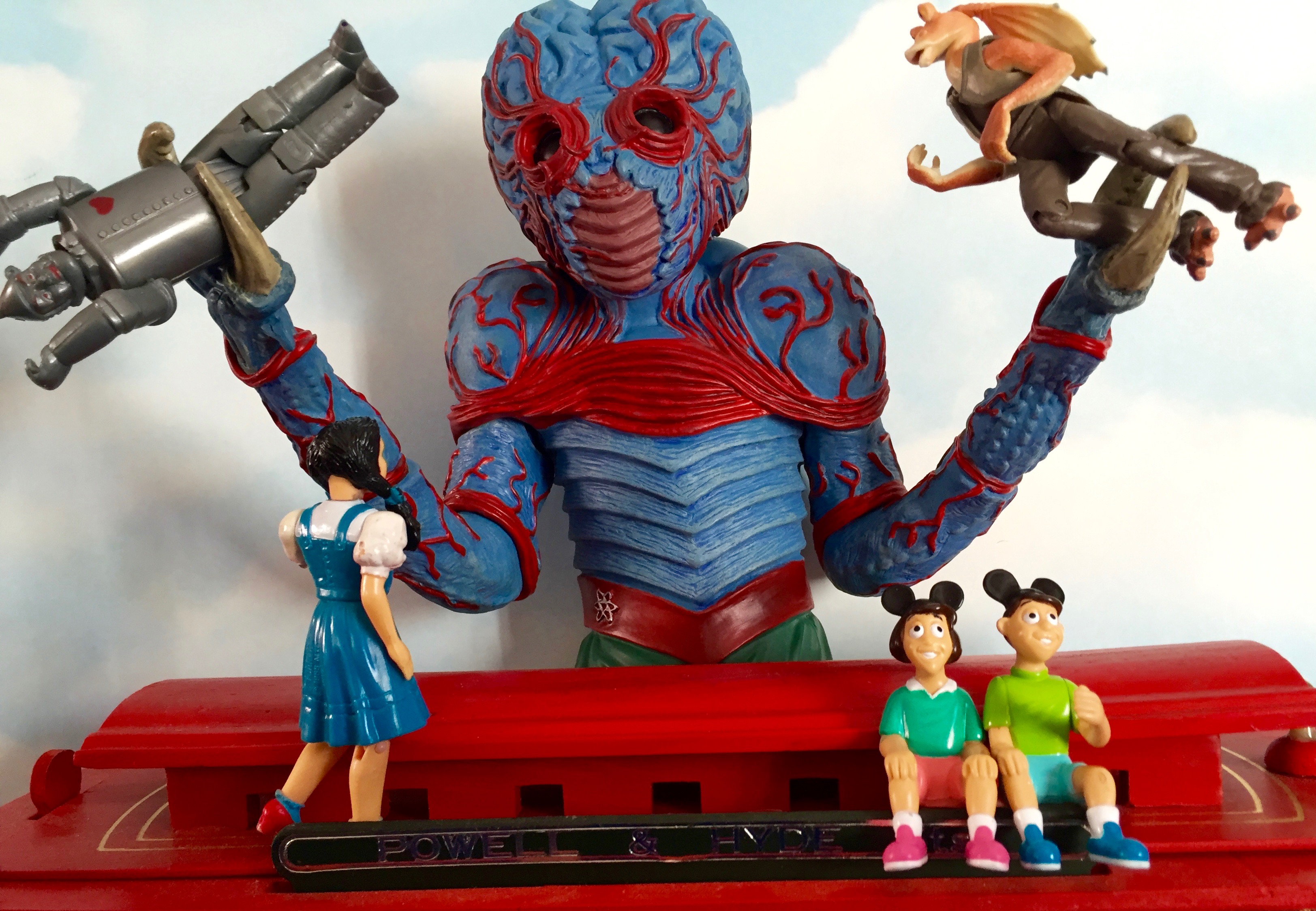 09 May The Dangers of Metaluna

During my visit to San Diego’s Mysterious Galaxy bookstore this weekend to promote The Age of Treachery I unwisely bought a model of Metaluna, the monster from the great 1950’s sci fi movie This Island Earth.  When I brought him home, however, while my back was turned he not only attacked a San Francisco cable car, but did grievous bodily harm to some of the most beloved characters from fantasy and science fiction.  What would have happened to these two poor oblivious kids from Autopia if I had not intervened, I dread to think. If you have a Metaluna in your house, make sure he’s behaving himself. 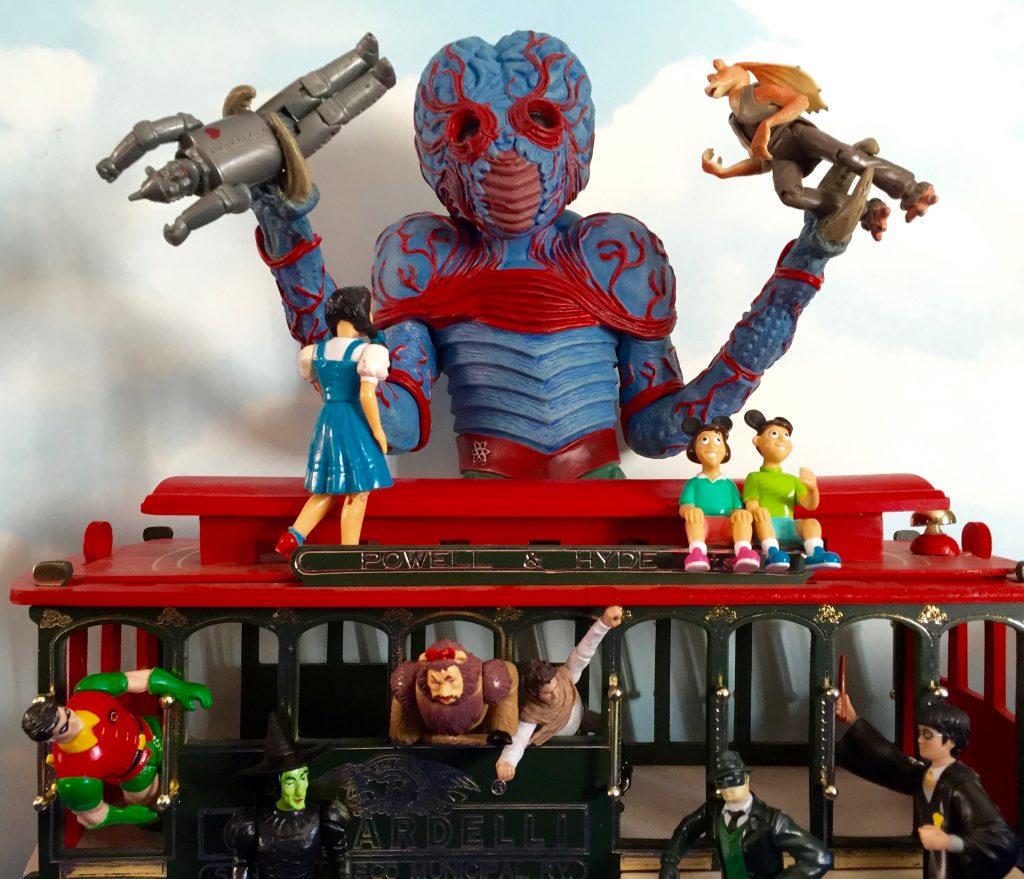 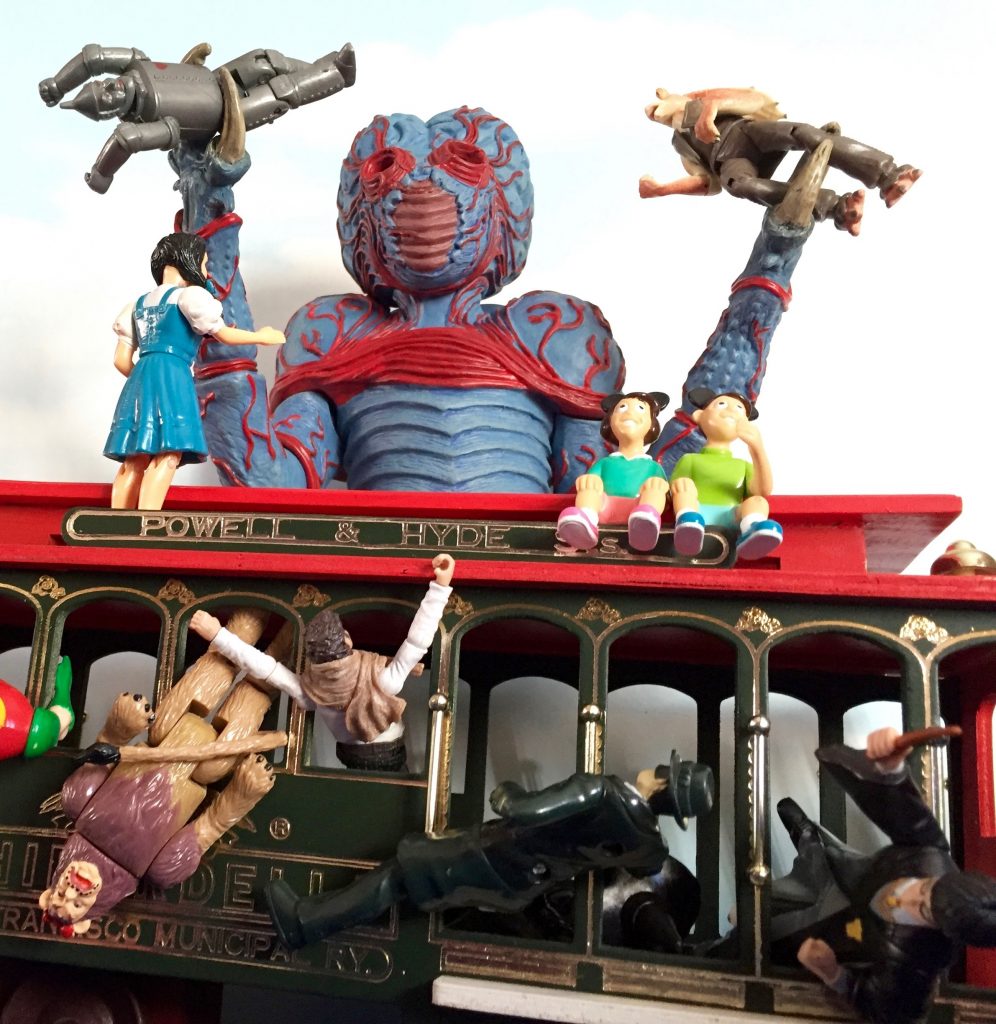